Evangelos S. Koutoukis was born in Ioannina, where he completed his secondary education. From 1981 to 1988 he went to the USA, where he completed his undergraduate studies in Business Administration, specialized in Personnel Management (University of Akron, Ohio, USA). Since 1990, he has been working in Private Higher Education (Private Colleges), as an executive of academic development and collaborations with a number of British State Universities. From 1995 until today, he has managed five (5) Private Colleges in Athens. He has been diligently involved in establishing academic collaborations for the Colleges, which he managed with British Universities, operating innovatively and uniquely, for the specific period in Greece, undergraduate and postgraduate programs. In addition, he was involved in the operation of the first, in Greece, certified vocational training programs (CPD’s) and personal training (CPE’s), contributing to the promotion of lifelong learning in our country. Finally, he was diligently involved in the selection, training and coordination of academics and professionals, as well as their development into important executives of Private Higher Education. 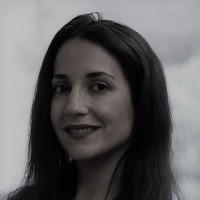 Chrysavgi Karyakatzi holds a BSc in Early Childhood Education from University of Patras and she continued her studies on completing her MA in Literacy Learning and Literacy Difficulties at Institute of Education (University of London). She, also, holds an MBA from Canterbury Christ Church University. She is skilled in multitasking, analytical skills, time management, high level of accuracy, building cross-functional teams, demonstrating exceptional communication skills and making critical decisions during challenges, with a demonstrated history of working in the education management industry. She can work in team and independently, as well, creating effective presentations and developing opportunities that further establish organizational goals. She has an extensive academic experience in UK tertiary Education, excellent knowledge of the UK education system, familiar with all the UK procedures followed in the operation of UK tertiary Education, excellent knowledge of the market of UK Universities operating in Greece in collaboration with Greek Private Colleges.

Dr. Panagiotis Perakis is the Head of the School of Computing and Course Leader of the MSc Computer Science programmes. He received his BSc degree in Physics, his MSc degree in Information and Communication Technologies and his PhD in Informatics from the National and Kapodistrian University of Athens (NKUA), Greece. After many years in the Information Technology business, as a software engineer, CTO and entrepreneur, he made a shift to his career for the academia. He has been actively involved in various EU funded research projects and worked as a research and teaching associate at the Dept. of Informatics and Telecommunications of the National and Kapodistrian University of Athens (NKUA), as well as a research associate at the Dept. of Computer and Information Science of the Norwegian University of Science and Technology (NTNU). His research interests include computer graphics, computer vision, image processing, pattern recognition, machine intelligence and physics-based modelling and simulation. He has a strong publication record in top scientific journals and conference proceedings. He serves as a scientific journal reviewer and as a research and innovation assessor of the Greek General Secretariat of Research and Technology (GGET). He is a member of the Hellenic Physical Society, since 1987 and, of the IEEE Computer Society, since 2011.

Academic Director of UNICERT College and Head of Business School

Paris Lianos has been Head of the Business School of a College in partnership with UK University since 2014. He is a PhD in Social Sciences with the thesis “European strategic culture; the ESDP years”, by the University of Leicester. He holds a Master in Business Administration (MBA) from Alba Graduate Business School, a MA in International Banking and an MSc in International Relations from the University of Birmingham. He also studied economics at American College of Greece, Deree College. He has been working in the banking sector in Citibank since 2007 as well as in a management company. He also participated actively in organizing the Athens Special Olympics 2011 in the international relations department. He is co-founder of the technology site www.iwant2.gr since 2012.

He teaches on international business and entrepreneurship.